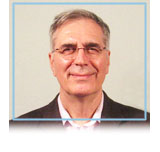 He mostly fulfills administrative tasks such as heading the orientation and development of the services offered at the CCPE and assuring the coordination and direction of the professional and support staff.

Paul Maurice received a specialized training in school psychology at Université de Montréal, where he obtained his doctorate in 1974.

In terms of research, in addition to several publications and communications, he established the LMCA which has led to the development of the Quebec Adaptive Behavior Scale used in the assessment of intellectual disability.

He founded CCPE in 1976, where he provided consulting services as a psychologist in school, rehabilitation and private practice environments; he was also an expert in court. He is currently working as the manager of the office.

He is a member of the Ordre des psychologues du Québec since 1970 and was the president of the organisation in the ‘90s. He is or was a member of numerous other professional associations.